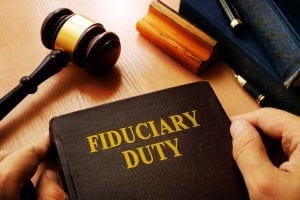 Powers of attorney are legal documents that let you appoint someone to make certain decisions for you or support you in making and giving effect to your decisions. The giver of the authority is known as the donor, while the receiver is referred to as the attorney.

Perhaps the most important duty that the attorney has is the fiduciary duty to the donor. This is a common law concept. A fiduciary duty means that a person appointed to manage, for example, another person’s money must act in the donor’s best interests rather than serving their own interest.

A recent case that considered a breach of the attorney’s fiduciary duty was Ash v Ash [2017] VSC 577. The donor, an older man in his mid-70s, appointed his daughter as attorney in 2012. By 2014 the donor had lost capacity as he suffered from Parkinson’s disease and numerous other ailments. When the attorney took control of the donor’s wealth, which was substantial, the attorney became a signatory on the donor’s bank accounts and a director of the trustee company of the donor’s SMSF and trust.

In early 2014, the attorney and her family moved into the donor’s home. At first, the attorney resided there rent-free and then paid a nominal rent. The attorney alleged that her father had asked her to move into the property so he could visit his home whenever he wanted to.

The donor’s other daughter became concerned about the management of the donor’s affairs and brought proceedings at the Victorian Civil and Administrative Tribunal (“VCAT”) to have the attorney removed. It was alleged that the attorney had breached the attorney’s fiduciary duty to the donor by profiting from her position and placing herself in a conflict position.

The attorney sought to explain the transaction as flowing from previous instructions given by the donor, which permitted the conflict of interest and profiting. The Court dismissed the attorney’s suggestions as there was no evidence that the donor could have supplied informed consent on any issues, as he was not presented with all of the relevant facts about each specific decision.

For further information on Powers of Attorney, please contact us on 5303 0281 or at reception@ballaratlawyers.net.au.

The information on this website is of a general nature only. It is not, nor is it intended to be legal advice. You should consult a lawyer for individual advice about your particular circumstances.