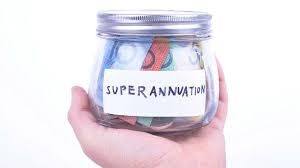 The legal system separates individuals’ assets from their superannuation. Generally speaking, upon death, personal assets are pooled into the deceased’s estate, and the executor or legal personal representative distributes the assets to the beneficiaries in accordance with the will. However, superannuation death benefits can bypass the estate and be directed straight to a beneficiary.

If a person has not made a nomination, then the trustee can distribute the superannuation death benefits to any person that satisfies the definition of a dependant under the legislation or the deceased’s estate. Deciding in this regard can be difficult for a trustee, especially if there are competing claims by family members, e.g. adult children or children from a previous marriage.

It is not uncommon for a superannuation fund’s trustee to also be the executor or legal personal representative of an estate. A recent Supreme Court of Queensland case examined this situation to determine whether an administrator of a deceased estate was in breach of her fiduciary duties because she did not take active steps to have the deceased’s superannuation death benefits paid to the estate. Instead, the administrator preferred her interests by applying to have the superannuation funds paid to her personally as a dependant of the deceased.

James McIntosh dies at the age of 40 without a will, surviving partner or children. At the time of his death, he lived with his mother, Elizabeth, who cared for him through his various illnesses. James had lived with his mother most of his life. His parents separated when he was very young, and James’ did not have a relationship with his father.

James died without a will, so his mother applied to be the administrator of her son’s estate and was appointed. The net assets of James’s estate were about $80,000. Under the intestacy rules, James’ estate would be divided equally between his parents. However, James had significantly more in various superannuation funds, totalling more than $450,000. James had made a non-binding death benefit nomination for each fund in favour of Elizabeth.

On becoming aware of this situation, James’s father, John, demanded that James’s death benefits be paid into the estate because Elizabeth had breached her fiduciary duty to the estate by actively seeking payment to herself personally rather than maximising the estate.

The Court found that there was a clear conflict of duty. Elizabeth had applied for the release of the death benefits to herself after she was appointed administrator of James’s estate. Her obligation as an estate administrator was to act honestly and in good faith for the benefit of the beneficiaries. Accordingly, Elizabeth was ordered to account to the estate for all of the death benefits received by her.

This case is a strong reminder of the importance of a person making a binding death benefit nomination. Had a valid binding death benefit nomination been in place in favour of Elizabeth, this case probably would not have arisen. Further, where there is a non-binding nomination, the deceased member’s superannuation death benefits should be paid to the estate to maximise the amount for distribution to the beneficiaries. If for any reason, the deceased’s superannuation death benefits are not paid into the estate, then the executor or legal personal representative may be in breach of their fiduciary duties.

For further information on wills and estates, please contact us on 5303 0281 or at reception@ballaratlawyers.net.au.

The information on this website is of a general nature only. It is not, nor is it intended to be legal advice. You should consult a lawyer for individual advice about your particular circumstances.